So this is me making an effort to start posting something other than just photo galleries…or hockey photo since that’s what I’ve been doing lately. Not that there is anything wrong with that because I love hockey. Anywhere, anytime, but I want to share other photos I’m taking too. We are a little bit early with but who cares? Look how cute these bunnies are!

I got caught by this train TWICE. It amused me so much I had to grab my camera out of my bag. I started running again, after not doing it for over a month, and it didn’t feel as bad as I thought it might. Small victories, right? I can’t run outside because I don’t live in a neighborhood with sidewalks but our weather is so nice right now it would be perfect for that. Last year I was down 25 pounds and slowly gained it back, which is frustrating. But I know what my issues are so I’m getting mysefl back into gear.

On Tuesday I worked a little later than I’d planned and didn’t get home until 5. I put together the Eggplant Parmesan Casserole in A Couple Cooks cookbook before making my way out to get on the treadmill to finish on my steps for the day. This recipe is so easy and delicious. It’s become one of my staples. The best part is there is always leftovers for lunch.

Wednesday was National Walk @ Lunch Day. Or something like that. My city hosted a walking event from 10:30am-1: where you could come out to the park and join in every 30 minutes or walk the entire time. I went over with some coworkers for half an hour. It was such a beautiful day and so nice to get out of the office for a little bit. If I’m not mistaken this is the start of Slim Down Alabama so I felt it was fitting since I started running again this week.

It started raining on Thursday. It’s been a while since we had rain but after the weeks and weeks of it, I was not ready for more. Hopefully, it won’t last long because I have a weekend full of plans (read: hockey games and more hockey related things).

Tonight was our next to last regular season hockey game and I really can’t believe the season is almost gone. There are some times I don’t love how it ties most of my weekends up starting in October, but when the season is over I miss it all summer long. We start playoffs soon and since we brought home the President’s Cup last season it’s going to be rough. Is it too much to hope we win it for a second year in a row? Nah.

I had another hockey game Saturday night but spent my morning doing random things around the house. Then I ran before showering to get to the arena early for a Legends game before the main hockey game. We won 7-1 and the entire team came out to honor the fans at the end. It was pretty cool and a great way to end the season and the weekend. Tomorrow is playoff selections and I am both dreading and anticipating that. More on that later, I’m sure. 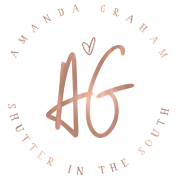 Hey y'all, welcome to my newest little corner of the internet. I'm Amanda and I like to ramble about food, books, and makeup. I also love to travel and any time I get the chance I'll be sharing that here as well. If you'd like to know more you can go to the "About Me" page at the top.